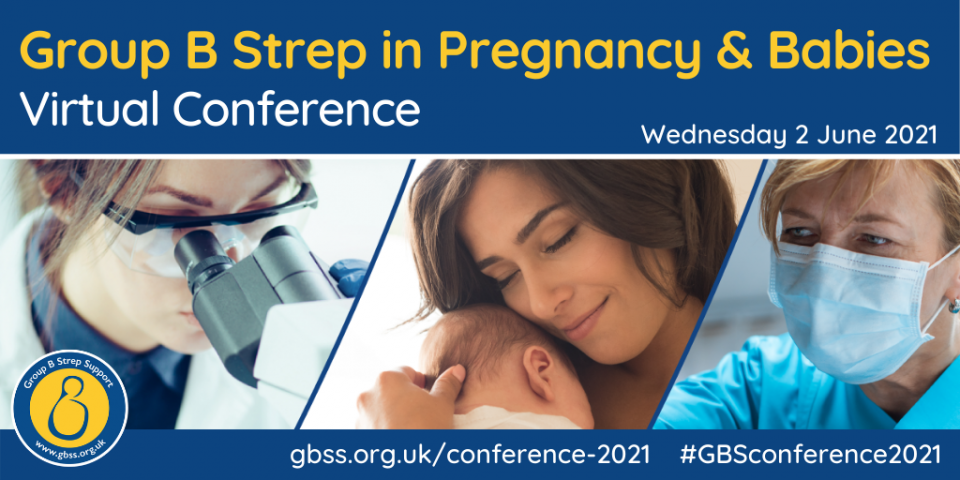 Group B Strep is usually a harmless bacterium and carrying it has no symptoms. However, when passed to a baby around birth, it can cause serious infection. Group B Strep is actually the most common cause of life-threatening infection in newborn babies in the UK.

Group B Strep infections typically present as sepsis, pneumonia and meningitis. GBS is now the most common cause of meningitis in children under five. On average in the UK:

How to identify which women to offer the antibiotics differs around the world. In most developed countries, women are offered an antenatal screening test at around 35-37 weeks’ gestation and, when the result is positive, then offered the intravenous antibiotics in labour. In the UK, we have since 2003 followed a risk-based prevention strategy recommended by the Royal College of Obstetricians & Gynaecologists (RCOG) (Hughes et al., 2017), where women are offered the intravenous antibiotics in labour if they have:

To establish what is the best way to reduce early-onset group B Strep infection in the UK, a new trial, GBS3, has been funded by the National Institute for Health Research. This will compare the current risk-based strategy with two testing approaches a) a lab-based Enriched Culture Medium (ECM) test at 3-5 weeks before the expected birth date and b) a bedside test at the start of labour.

Delayed like so many trials during the pandemic, the GBS3 trial is due to restart this month, and the results are expected in 2023. The results will be used to will be used to inform the future of group B Strep prevention across the UK.

The RCOG recommends that all pregnant women should be provided with an appropriate information leaflet about group B Strep. A leaflet, “Group B Streptococcus (GBS) in pregnancy and newborn babies” (Group B Strep Support and Royal College of Obstetricians & Gynaecologists, 2017), co-written by the RCOG and Group B Strep Support is available to download from their websites.

Despite this, relatively few expectant parents have heard of group B Strep, and there are many myths and misunderstandings regarding what group B Strep is, what it does and how most of these infections can be prevented.

If you’re reading this and you:

then the one-day virtual conference “Group B Strep in Pregnancy & Babies” on Wednesday 2nd June 2021 could be made for you.

Approved by the Royal College of Pathologists for 6 CPD credits, the conference is being run by Group B Strep Support, the UK’s leading charity working to stop group B Strep infection in babies. It will get you right up to date with the key issues on group B Strep during pregnancy, labour and the early months after a baby’s birth.

This is a must-attend event for anyone interested in group B Strep and maternity and neonatal care. World-leading experts will be sharing their knowledge, expertise, and the latest research.

Speakers will cover the history of group B Strep prevention, what the UK does and how it works, why screening isn’t currently recommended, the pros and cons of different testing technologies, the latest research into group B Strep, the state of vaccine research, and so much more.

The full programme will be recorded and made available to view on demand after the event to delegates.

The recent press coverage, the ground-breaking GBS3 Trial and the focus on group B Strep by the Health Minister make this conference especially timely.

Tickets start at £30, so register your place today.