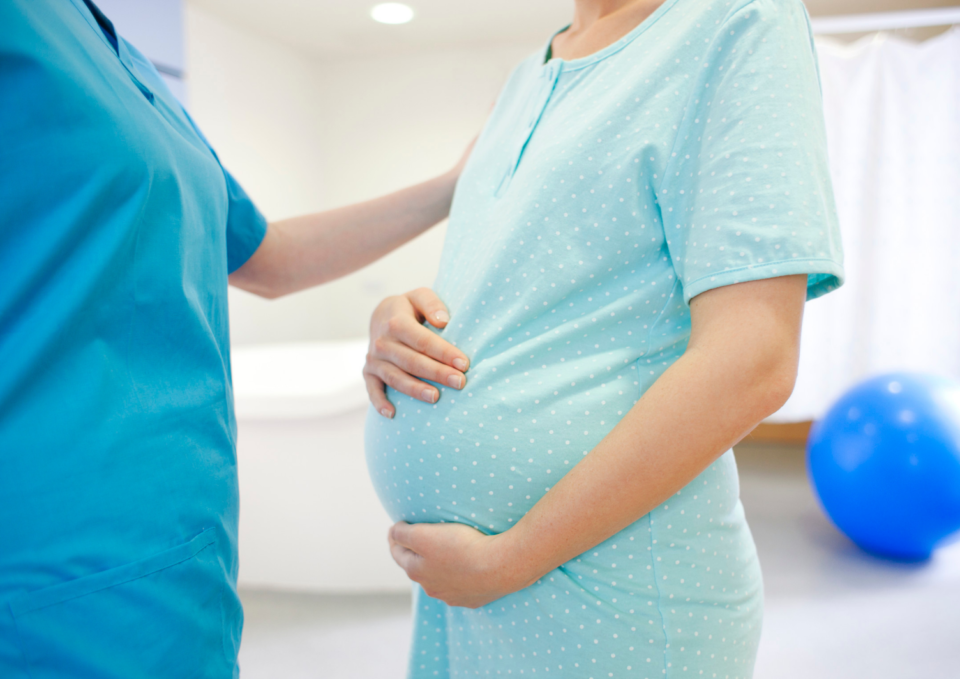 In the past month five major midwifery units in England have hit the headlines over midwifery staffing levels.

Liverpool Women’s hospital (LWH), Jessop Wing in Sheffield, Sandwell and West Birmingham, with Ipswich and Colchester in the same trust, have responsibility for around 28000 births a year and are all having challenges due to a lack of midwives.

In recent weeks LWH has regularly closed its midwifery led unit temporarily as well as well as sending out changes in appointments, due to staff lack and sickness. A visit by the CQC to Sandwell and Birmingham noted low morale due to poor staffing. The Jessop Wing has been found with inadequate staffing on an inspection visit by the Care Quality Commission (CQC), and the units in Ipswich and Colchester have also been downgraded following reporting to the CQC from whistleblowers. A subsequent news report hints at 30 midwives being recruited (are these re-recruited following Brexit?) from Europe to plug the gaps. This is in the same month of reporting of candidate for the new head of the NHS, Baroness Harding, vowing to stop relying on NHS staff from other countries.

It is evident these maternity services will not be the only ones struggling. There is no doubt this past year of the pandemic has increased the pressure on units who have already had numerous vacancies. Over the last year the CQC have reported concerns on safety of around two fifths of units due to staffing and culture.

The Royal College of Midwives survey of staff last year showed 83% of respondents believe their maternity services do not have enough staff to operate safely. Recently the State of the World’s Midwifery report shows this is a global problem.

The high levels of stress and burnout of staff being reported are sure to be related to these issues, as discussed on this forum last week. Though NHS England has promised around 95million to support increasing staff and training , the impact of this may be compounded by midwives leaving. It was highlighted in an RCM report from 2016 the high levels of midwives aged over 50.

The stress increase in the recent year may lead to increased earlier exits. The Nursing and Midwifery council report on the register of numbers of nurses and midwives for the past year shows and increase of midwives on the permanent register of 1152, yet there are also 174 less midwives who have joint registration. 2221 midwives have joined the register for the first time, yet 1335 midwives, and 215 dual-qualified have left- the increase in numbers overall has not been enough to deal with the shortfall. The NHS money is only to fund 1000 midwives; though this will help a great deal it may not be enough to stem the tide.

We will all watch this development carefully. What staff and students need at the present time is support to do their job well and for their wellbeing following a very challenging year and recognition of the difficulties they have faced. What women and birthing people need is the assurance they can give birth in the place they want to and that there are enough staff available to provide them safe care.

Is this too much to ask?

Get in touch about what is happening where you are working.

Its not just about working harder, most of us are flat out – its about ideas to work smarter in logistical systems designed to meet the needs of the families whose needs we serve.

Burn out is rife in midwifery, I know CofC is important but the pressure over the last 18 months on all staff has been horrific. How NHSE have forced us to continue with targets and whole service transformation is a disgrace.
All grades of staff are exhausted including the managerial teams, Heads of Midwifery are getting the majority of this pressure with no additional support from their own organisations or the regional chief midwives, their role is pretty pointless !

I’m not a midwife but currently applying to universities to do my BSc in midwifery. I’m constantly being told it’s extremely competitive, there’s so many people applying for very few places to train. A recent open day I attended for a university in a large city with two large hospitals, will expect to receive 800 applications for 60 places.

I find this confussing, as a mother I’ve experienced midwifery services and it’s clear there is a lack of staff. With my first child I spent two nights in hospital as there was only one midwife for the who could discharge on the postnatal ward. I was waiting for an induction for a full day with my second child as the delivery suite as full. The midwife on induction apologised she had barely spoken to me as she had so many patients and had not even had time to go to the toilet.

Something is clearly not working as being told as a prospective student you can have all the necessary qualifications/experience yet you have a less than one on 10 chance of getting a place at university. Yet as a mother I have to spend 10 hours alone on a ward waiting for my waters to be broken as there are not enough staff. There’s clearly an appetite for the job, yet birthing people are still having negative experiences due to lack of staff. During my research into this career I can see that those “lucky” enough to qualify are leaving the profession at an alarming rate due to to “burnout” from the intense working conditions. There’s is so much conflicting Information. Women are often not receiving adequate care, yet people are also unable to join the profession to fill the gaps.

i m midwife from India…would like to join with you.

I am a midwife I have 28!years experience .
I have worked in hospital and community settings throughout my career .
A huge part of this problem in my trust is the introduction of COC .
Midwives are predominantly women who work in a way which facilitates family life and care giving responsibilities.
We have many midwives who have been told that the will need to work nights ,days and on calls in a week , in areas they are not competent in and sometimes in area and hospital they have never worked in despite a wealth of experience in there specialised areas .With no regard to midwives literally having no childcare or means of family support to accommodate these demands and extreme changes in working practices and have no option other than to leave the profession.
And this will certainly have a negative impact on patient safety and quality of care , which is a very real concern for my colleagues and myself who have raised these concerns at trust level .

We are told you will be supported ,however the trust is at crisis point with staff so demoralised .

The pay is AWFUL considering our role and responsibilities.
My monthly take home pay is a little more (£50 a month ish )
Than it was 16 years ago my role and hours remain the same however responsibilities and demands on me have massively increase .

My experienced amazing colleagues are leaving in droves , leaving before retirement age with no job to go to ,and newly qualified midwives are not staying in the job due to lack of support and demands of the job .

So sad to see

30 years a midwife, and a nurse before. Totally agree with above comments! Firstly, they put training into universities. To train means financial hardship for families. Then COC in a pandemic. Madness. I email the CEO of NHS England to air my view, his reply? It’s what women want. It’s better for midwives. Wrong. It’s left women unsafe and experienced midwives leaving in their droves.
I work in one of the named trusts. I’m sure what women actually want is to have their chosen unit actually open to admissions, not to wait 3 days to be induced and a midwife who is not at the point of collapse. I’m quite sure she is not bothered if she’s met her before!!!! It’s a disgrace!!

Hello Hannah,
I qualified as as a midwife in 1980. I am now retired. I completely agree with ure comments. Its ludicrous that there are so few places available for people who would make fantastic midwives! I was a RN before I became a midwife. The best midwives i have met were the direct entries ones. No degrees required. I was fortunate to work in a small unit of 3 in sheffield and I absolutely loved it. We moved to one central big unit in 20 something and it seems like down hill from there. If I had a daughter / granddaughter who wanted to be a midwife know I would say dont do it! Xx

I’m a 3rd year student midwife, about to qualify, and pretty much every shift the midwives are saying that there isn’t enough staff and they’re (rightly so) worried that it isn’t safe. We recently had a meeting with the RCM and hospital staff, including our head of midwifery at the trust and their response to the concern about a lack of staff was: if people would take up the bank shift we are advertising we would have more staff on shift. However, in my eyes there shouldn’t be any bank offered. There should be enough staff to cover the workload and bank shifts should only be used in cases of sickness or maybe maternity leave etc., not as a standard!

We have allegedly been three to three and a half thousand midwives short since i had hair. Despite this coc has been imemented to varying degrees. The max caseload was meant to be 100 but coc suggests 35. My degrees are in midwifery not maths but even i can work out theres not enough of us. BR+ doesnt take into account this new model so in creating this new model and latterly focussing on the women who are currently at higher risk we are creating inequalities. Robbing Peter to pay Paul springs to mind. And this is without factoring in the mws over 50 or those who dont want to be on call so are leaving.

Midwife P
I have been a Midwife almost 20years. I thought it would be a career for life until retirement.
I’m 53 I can’t cope anymore. I’m burnt out and every single day I worried about patient safety concerns. My mental health is suffering because of the lack of staff and increased workload. Our trust lost baby friendly because we haven’t time to support breastfeeding which as a Midwife breaks my heart.
I have now left the profession I love to do vaccination bank work with no real financial security. However immediately my stress has reduced and I can sleep easy at night.
C of C is a complete con and women just want a nice kind caring Midwife who has time to listen care and support them.
Continuity in Community yes of course whenever possible and a core Hospital/ Delivery suite Midwife who is confident in all eventualities for the birth.
Midwifery as I know and love is sadly no more.